Now that I’m back in Australia and have had time to reflect on what I learned during my time at Lane’s End, I thought I’d share what I felt were the most important things I learnt whilst in the United States.

During the breeding season, the three biggest things that I felt I was able to further my education on were foalings, foal management, and reproductive problems. I was very fortunate that Lane’s End is very hands-on, which allowed me to quickly establish a very solid base on non-problematic foalings.

When it came to problem foalings, Lane’s End allowed me to learn what to do and how to do it in an emergency.

I became confident in turning foals into the correct presentation and how to handle red bags, lack of a suckle reflex, leg/ligament issues and even dealing with the occasional crazy mare. The other upside of working at a world-class farm is learning multiple ways of how to handle the same situation, creating an ability to have a plan A, B and C if need be.

The day-to-day management and education of foals was something that I was familiar with when I first arrived at Lane’s End. But the farm’s decision to have me work with foals with many trips to the foaling barn was a huge blessing. The amazing staff that work around the foals, particularly the newborn foals were never satisfied with me just watching and would rather have me do it instead of asking what they were doing and why. I found a new level of patience when dealing with educating foals, something which I was told everyone goes through in the beginning. Their early experiences with humans set up good habits and make a huge difference when they eventually get prepped for the sale.

When it came to dealing with reproductive issues in mares, I had a strong foundation in mare cycles, stallion covers and post-breeding procedures. Due to this, I was able to build on my education by watching a few of the best vets in the world successfully get problematic mares in foal. I learnt about cycling issues, fertility issues, what goes into the decision for surgery and just how beneficial reinforcing a cover can be.

Whether it was a maiden mare or an older mare, the various vets who work at Lane’s End made sure that if I wasn’t physically present to see the ultrasound, they would take a photo of it, or refer me to a page in a book I had purchased that several of them had co-authored.

When it came to moving onto the sales team, pedigrees and conformation were the two areas where I learnt the most.

Lane’s End is very lucky to have an amazing network of bloodstock agents but in particular David Ingordo, the inhouse bloodstock agent. He has been involved with the breeding and purchasing of thoroughbreds such as Zenyatta, Uncle Mo, Honor Code and Honor A.P and was an amazing asset to draw from due to his knowledge of both American and international bloodlines. From listening and learning from both David and management, I was able to learn about American stallions on a much deeper level than just from a page.

Given Lane’s Ends amazing reputation for producing classic distance horses, this created more interest for me pedigree-wise than ever before when it came to the American classic races.

Expanding my knowledge of the intricacies of conformation was also another area I was glad to focus on.

Learning about the criteria for corrective surgery in a yearling was a huge benefit, as I was able to understand what the vets and managers were seeing and be hands-on in the post-operative care on the yearling. Learning about the smaller conformation issues in a horse was also another feather I earned in my cap as it changed the way I looked and watched a horse move.

Furthermore, having the multiple bloodstock agents who were more than happy to make a horse walk again or stand again to show me conformational issues and ‘a typical conformation for this sire’ became very handy information during sales. Learning about pedigrees and conformation in an extensive way allowed me to occasionally adapt the way I parade a yearling to show them in the best light.

Overall, I feel that I have massively benefitted from my time in Lane’s End, in more ways than which I could ever write down. It was a crazy year in America, with COVID-19, but Lane’s End always made sure we were safe. Above everything else, they are a family company that treats every single employee as their own.

I would like to thank Lane’s End for an amazing 2020, a year that I will always look fondly back on, and my family for their unwavering support. I would also like to thank Lindy Maurice and the Explorer Cadetship program for giving me the foundation I needed in order to pursue this opportunity. I hope I made you all proud. 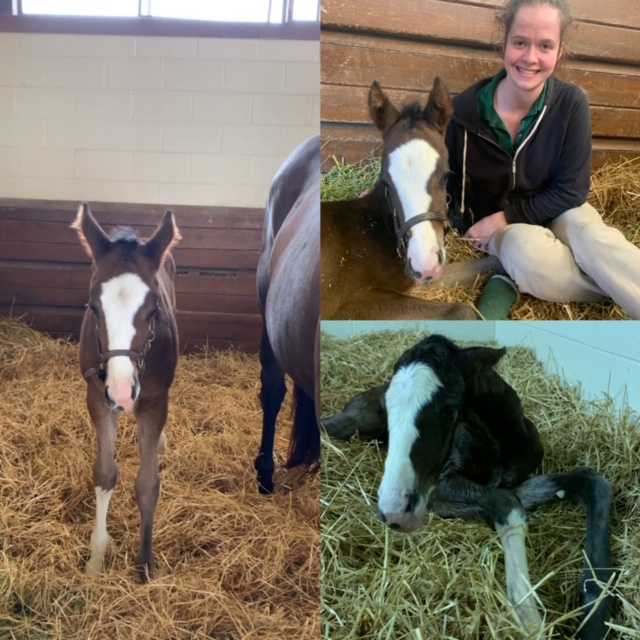